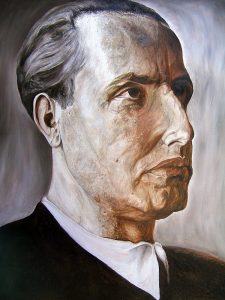 END_OF_DOCUMENT_TOKEN_TO_BE_REPLACED

[Taken from “Critical Models: Interventions and Catchwords”, Translated by Henry W. Pickford, Introduction by Lydia Goehr, Columbia University Press, New York, 2005. I just leave it here for the improbable case someone will need it in a disputation against some conspiracy theorists. – liberadio]

Despite its several meanings, the concept of public opinion is widely accepted in a positive sense. Derived from the philosophical tradition since Plato, the concept of opinion in general is neutral, value-free, in so far as opinions can be either right or wrong. Opposed to both these concepts of opinion is the notion of pathogenic, deviant, delusional opinions, often associated with the concept of prejudice. According to this simple dichotomy there is, on the one hand, something like healthy, normal opinion and, on the other, opinion of an extreme, eccentric, bizarre nature. In the United States, for instance, the views of fascistic splinter groups are said to belong to the lunatic fringe, an insane periphery of society. Their pamphlets, whose body of ideas also includes ritual murders and The Protocols of the Elders of Zion despite their having been conclusively disproved, are considered “farcical.” Indeed, in such products one can scarcely overlook an element of madness, which nevertheless is quite likely the very ferment of their effect. Yet precisely that should make one suspicious of an inference habitually drawn from the widely held idea: namely, that in the majority the normal opinion necessarily prevails over the delusional one. The naive liberal reader of the Berliner Tageblatt between the wars thought no differently when he imagined the world to be one of common sense that, although troubled by rabid extremists on the right and the left, nonetheless must be right in the end. So great was the trust in normal opinion versus the idée fixe that many elderly gentlemen continued to believe their favorite paper long after it had been forced into line by the National Socialists who, cleverly enough, retained only the paper’s original masthead. What those subscribers experienced when their prudence toppled over night into helpless folly as soon as things no longer followed the approved rules of the game should have made them critically examine the naive view of opinion as such, which depicts a peaceful and separate juxtaposition of normal and abnormal opinion. Not only is the assumption that the normal is true and the deviant is false itself extremely dubious but so is the very glorification of mere opinion, namely, of the prevailing one that cannot conceive of the true as being anything other than what everyone thinks. Rather, so-called pathological opinion, the deformations due to prejudice, superstition, rumor, and collective delusion that permeate history, particularly the history of mass movements, cannot at all be separated from the concept of opinion per se. It would be difficult to decide a priori what to ascribe to one kind of opinion and what to the other; history also admits the possibility that in the course of time hopelessly isolated and impotent views may gain predominance, either by being verified as reasonable or in spite of their absurdity. Above and beyond that, however, pathological opinion, the deformed and lunatic aspects within collective ideas, arises within the dynamic of the concept of opinion itself, in which inheres the real dynamic of society, a dynamic that produces such opinions, false consciousness, necessarily. If resistance to that dynamic is not to be condemned at the outset to harmlessness and helplessness, then the tendency toward pathological opinion must be derived from normal opinion.

Opinion is the positing, no matter how qualified, of a subjective consciousness restricted in its truth content. The form of such an opinion may actually be innocuous. If someone says that in his opinion the new faculty building is seven stories high, then that can mean that he heard it from someone else but does not know exactly. Yet the sense is completely different when someone says that at all events in his opinion the Jews are an inferior race of vermin, as in Sartre’s instructive example of Uncle Armand, who feels special because he detests the English. Here the “in my opinion” does not qualify the hypothetical judgment, but underscores it. By proclaiming his opinion—unsound, unsubstantiated by experience, conclusive without any deliberation—to be his own, though he may appear to qualify it, simply by relating the opinion to himself as subject he in fact lends it an authority: that of a profession of faith. What comes across is that he stands behind his statement with heart and soul; he supposedly has the courage to say what is unpopular but in truth all too popular. Conversely, when confronted with a convincing and well- grounded judgment that nevertheless is discomfiting and cannot be refuted, there is an all too prevalent tendency to disqualify it by declaring it to be mere opinion. A lecture on the hundredth anniversary of Schopenhauer’s death a presented evidence that the difference between Schopenhauer and Hegel is not so absolute as Schopenhauer’s own invectives would indicate and that both thinkers unwittingly converge in the emphatic concept of the negativity of existence. A newspaper reporter, who may have known nothing about Hegel other than that Schopenhauer reviled him, qualified his account of the lecturer’s thesis with the addendum “in his view,” thus giving himself an air of superiority over thoughts he in fact could hardly follow, let alone evaluate. The opinion was the reporter’s, not the lecturer’s: the latter had recognized something. Yet, whereas he suspected the lecturer of mere opinion, the reporter himself had for his own benefit already obeyed a mechanism that foists opinion—namely, his own unauthoritative one—on his readers as a criterion of truth and thereby virtually abolishes the latter. END_OF_DOCUMENT_TOKEN_TO_BE_REPLACED 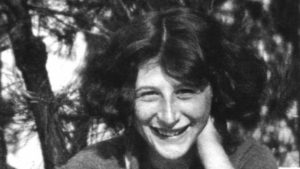 (An interview with Polish antifascist and anarcho-syndicalist Jacub Neumann. The German translation of it with some explanations will soon appear in the new paper issue and on the blog of das Grosse Thier. Behold! – liberadio)

* There have been some important changes in the Polish society since 2015 as the PiS come to power. I have some questions on that. Why did such social-democratic or social-liberal forces like Platforma Obywatelska (PO) lost the elections after the crisis? Where is the Solidarność in this mess now?

PO is not and was never neither social-democratic nor social-liberal force. It is typical conservative-liberal party connected strongly with CDU, Partido Popular or Fidesz. They were ruling very long but their power was built on fear. Most of their voters were anti-PiS voters. People who remembered terrible two years of rulling right-wing populist coalition of PiS-LPR-Samoobrona. They lost because they did not care about social cases and were sure that their conservative-liberal agenda is enough to win again. In Poland parties and voters of parties is not the same because people choose some party to vote against another party that they hate.

The political climate changed world-wide during the Ukrainian crisis and escalation of Syrian conflict. The hybrid war helped PiS very much. It should be noted that PiS became even more radical than it used to be anytime and rhetoric against Muslims was very similar to Nazi rhetoric against Jews. After reveals of Cambridge Analitica and Facebook scandal we also know who installed PiS government in Poland using massive propaganda in social medias.

The problem is that the liberal opposition is also right-wing. They do not criticize PiS politics in any position except neoliberal and during the voting of liberalization the abortion law they voted against. They also all voted for official praising the Narodowe Siły Zbrojne, far-right anticommunist and antisemitic guerrilla active during WW2 in opposition to leading anti-German resistance movement which was Armija Krajowa.

Solidarność is not a normal trade union. It is rather national-conservative anticommunist movement that sometimes supports some social cases. The former leader of the union Janusz Śniadek became PiS deputy later, the present one Piotr Duda claimed that under his control the union will be apolitical. But it is more pro-PiS than it ever was. Their cooperation with neofascist movement is separated topic that should be discussed by world-wide level. International trade unions who oppose far-right in their country have nothing against other union in other country that supports far-right government and neofascist organizations. In my opinion if they support such positions they should do such things in their country not legitimize such behaviors in Poland. END_OF_DOCUMENT_TOKEN_TO_BE_REPLACED